The Decathlon Nudge to Take Up Sports

09 Mar The Decathlon Nudge to Take Up Sports

Posted at 02:08h in Asean News by ABP-admin
Share 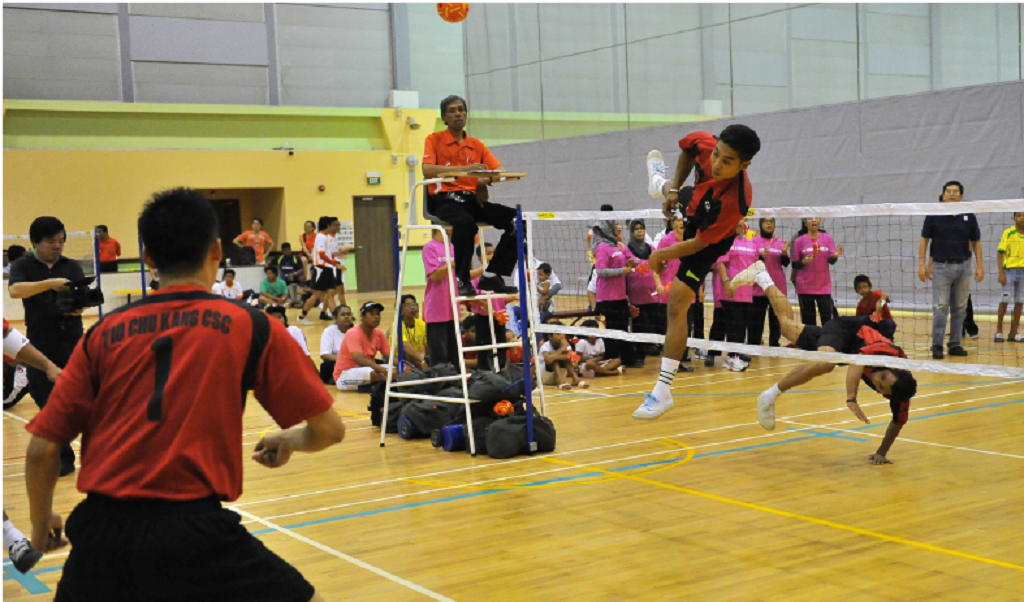 Singaporeans experienced their first-ever nationwide virtual sports carnival between July-August 2021. Many ran theirfirst virtual marathons or cycled to virtual landmarks, while others played sports such as football, basketball, andbadminton. While the initiative was promoted by a youth ministry body, Sport Singapore. It was Decathlon Singaporethat completely handled the event.

This was the very first instance of a government entity partnering with a private company for a country-wide activity.
The name of the partner, Decathlon, however, doesn’t come as a surprise.

Set up in 1976 in France’s Lille, Decathlon is now the world’s largest sporting goods retailer. Running, cycling, skating,snowboarding, or even skiing — name the sport and Decathlon has the requisite gear to get started.

While the athletic goods company entered Southeast Asia only in 2015 with a store in Thailand, it quickly made its markand set up a flagship store in Singapore. With a 35,000 square feet area, the Singapore store soon became amegastore in the region.

Cut to 2022. Decathlon has stores in Singapore, Malaysia, Thailand, Vietnam, Indonesia and the Philippines. In fact,Singapore alone has 14 stores. And there are no signs of stopping.

The group’s annual revenue was $17.8 billion in 2020, even as e-commerce sales continued to surge.

THE PUSH TO SPORTS 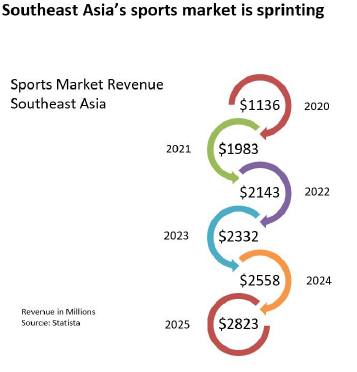 For retailers, this was a golden opportunity to promote sports, and Decathlon took a big leap. Stores were quickly opened in locations such as Malaysia in 2016, the Philippines and Indonesia in 2017, and Vietnam in 2019.

The market was ripe because while sports were gaining prominence, amateur sportspersons did not know where and how to start. Brands such as Nike existed, but these catered to sports apparel and footwear.

At a crucial juncture where Southeast Asians were looking for basics of each sport, Decathlon sprinted ahead of the competition by training their staff to interact with locals in each country.

Being connected to the community also helped create a behavioural change and eventually boosted sales.

Prior to Decathlon’s entry into the region, the sports goods industry was fragmented. There were brands such as Nike, Puma, and Adidas offering sports apparel and branded merchandise, while distant competitors such as Under Armour offered a mix of apparel, footwear, and accessories. What was missing was the personalised attention, and that’s whereDecathlon’s popularity rose quickly.

For example, the company has a team member in Vietnam who is a roadrunner and also part of the road running team at Decathlon. He develops the products of the sport he practices every day, collecting feedback from the runner community.

MOVE TO AN ACTIVE LIFESTYLE

Not all individuals who play a sport compete professionally. Few do it purely for the love of the sport, while many others practice sports just to stay active. And the ‘all for sports, sports for all’ tagline of Decathlon fits perfectly here.

The World Health Organisation (WHO) said in a January 2022 report that insufficient physical activity is a leading risk factor for noncommunicable diseases (NCDs) in Southeast Asia, where NCDs cause around 8.5 million deaths every year.

Here, WHO advises that ‘sports for all’ through a mix of government programmes and private participation should been couraged among all countries in the region. At a time when the world is still battling the coronavirus pandemic, staying fit has been shown to maintain general health.

After months under lockdown, sports are also helping Southeast Asians get the community feeling, be it a quick run with a neighbour or a football match with friends. And where do they buy equipment from? Decathlon.

The economic impact of the pandemic has led to many retailers shutting down stores in the region. On the other hand, Decathlon is opening new stores. The company is also engaged in building new solutions to improve the customer experience while reducing the total task-based activities at stores.

Some of these innovations include deploying robotics to detect total sports goods stock in stores and 3D printing technology. With government backing in countries such as Singapore, the brand has also been able to set up R&D labs. For instance, customers in Singapore can get a foot scan to get the exact shoe size in stores.

Designing, testing, manufacturing, and retailing — everything is done in-house by the brand depending on the country of sales and sport. The ease of buying all sports equipment in one store assisted by field-experienced staff is probably what sets the brand apart and makes it tick in price-sensitive markets such as Asia.

Even as rivals such as apparel & footwear maker ASICS expand into designer accessories tying up with artists from the Asia-Pacific region, Decathlon is involved in a mix of store expansion and merchandising partnerships.

In Singapore, Decathlon is planning to more than double its store network to 37 over the next few years. Multiple store openings are also planned in the Philippines in the near future.

Moreover, in January 2021, the National Basketball Association entered into a multi-year merchandising partnership with Decathlon. This partnership designates Decathlon as an official licensee globally and includes a wide range of dedicated NBA merchandise collections, designed in-house by the sports goods firm.

Decathlon’s expansion story is not over yet. With the new CEO Barbara Martin Coppola taking over in March 2022, the race to grow and sustain the number one position will stay intact. And the Asia Pacific, which is among the largest markets for recreational sports globally, will be an important piece of this puzzle.