Posted at 20:58h in Asean News by ABP-admin
Share

While most trade analysts have been busy with a US-Sino trade war, Vietnam has quickly emerged as a dependable trade partner for some of the world’s most developed economies. And this feat is doubly celebrated as this was achieved in a world facing slow post pandemic recoveries and amid escalating trade war rhetoric. External factors such as regional geopolitics and Covid -19 related supply chain disruptions in 2020 have helped Vietnam in positioning itself as the go-to low-cost regional alternative to China for export-orientated manufacturing. However, a number of other factors have also contributed significantly to Vietnam’s growing weight as a trade partner:

According to the General Statistics Office of Vietnam, in the first 11 months of 2020, the country achieved a trade surplus of USD 20.1 billion. Exports grew by 5.4% to USD 254.6 billion compared to USD 263.2 billion for 2019 as a whole.
The US tops Vietnam’s export destination followed by China, South Korea, Japan and others. 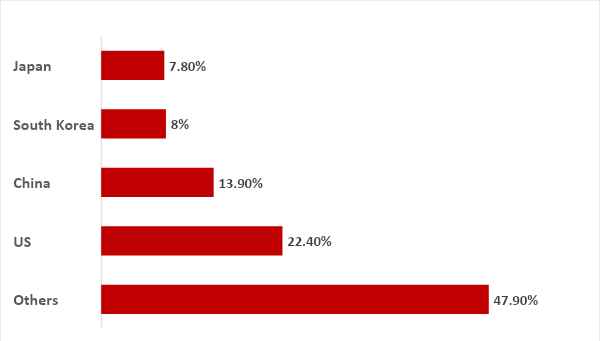 The export growth has been spearheaded by the steep increase in exports of smartphone and parts followed by electronics, textiles, machinery. This has helped Vietnam position itself as an attractive FTA partner for developed economies to help them battle post pandemic economic recoveries

After the 2018 signing of the Comprehensive and Progressive Agreement for Trans-Pacific Partnership (CPTPP), largely heralded as one of the largest free-trade area in the world by GDP, Vietnam’s participation in the European Union FTA once again signals Vietnam’s growing bilateral popularity. The EU-Vietnam FTA came into effect in August 2020. The EVFTA makes Vietnam the second country in ASEAN and the first developing country in the region to sign an FTA with the EU. EVFTA is a new generation FTA, ensuring almost 99 percent elimination of custom duties between the EU and Vietnam. As per online sources, the FTA is expected to help increase Vietnam’s GDP by 2.4% by 2030. As an immediate effect of the agreement, Vietnam will cut 65 percent of import tax on EU commodities, while EU will cut more than 70 percent of tariffs on Vietnam’s commodities, while the rest will be abolished in the subsequent years. Notably, for the first eight months of 2020, the EU accounted for 16.7% of total export earnings, as per Vietnam government data, which is expected to rise steeply in the coming year. 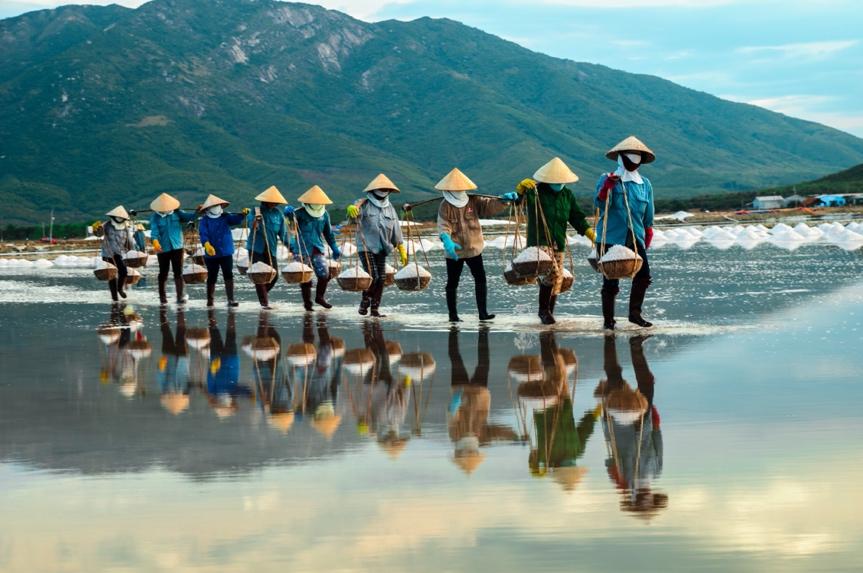 Apart from boosting trade between EU and Vietnam (it is estimated that Vietnam’s export revenue to the EU will rise 42.7% by 2025 under the deal), the partnership is expected to bring many positive effects to the Vietnamese economy such as:

The trade deal gives the EU, which is battling a slowing economy, greater access to an attractive consumer market. Despite the pandemic and brakes on global economic activity, FDI inflows to Vietnam are likely to continue to be around USD 18 billion during the 2021-24 period, after reaching USD 16.9 billion in 2019 as per EIU reports. However, EU’s share in overall FDI into Vietnam has been low with the largest source of foreign investment coming from fellow Asian countries such as South Korea, Hong Kong, China, Singapore and Japan.

In December 2020, UK and Vietnam inked its own FTA to continue trade relations as Britain leaves the EU in the new year. The deal is based on the terms of the EVFTA. Like the EVFTA, the UK FTA with Vietnam will also seek elimination of all customs duties, and apart from trade it also brings in significant opportunities in infrastructure, renewables and healthcare for both countries. The brisk pace of signing this deal by UK which is still grappling with Brexit matters, signals the growing importance of Vietnam in global trade.

Keen eye on other trade agreements

Vietnam is also part of the Regional Comprehensive Economic Partnership, which includes ASEAN countries as well as Australia, China, Japan, New Zealand and South Korea. The country is also seeking a trade deal with Israel and US in 2021 though the latter is bound to take longer. As recently in the first week of 2021, US has pledged to increase co-operation with Vietnam. With a new government in the US taking the reins, this bilateral relation has the potential to shift global trade power.

However, despite the opportunities, Vietnam still face many challenges which if not addressed, can limit Vietnam’s moment of glory.